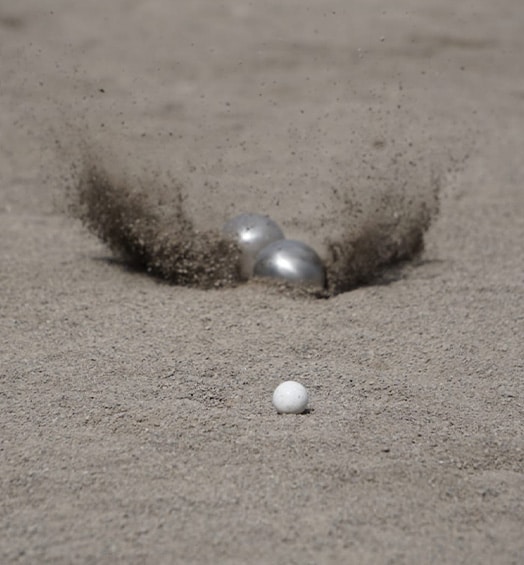 Pétanque is a precision sport that is played by throwing a boule (or hardball) made of metal at a target which is a small wooden ball (called a jack or coche) whilst standing with both feet inside a small circle. The objective to score points by having boules closer to the target than your opponent after all the boules have been thrown. Players are allowed to hit the opponents’ boules away from the target with their own boules, thus decreasing their opponents‘ scores and increasing their own.

A draw will determine which team is allowed to throw the jack first. From a circle (50 cm diameter) the jack is thrown a distance of 6-10 meters. The same team now throws the first ball, from within the circle, as close as possible to the target. When throwing, the player’s feet must be inside the circle and remain in contact with the ground until the ball being played hits the ground. Team B tries to bring a ball even closer to the target. If they succeed, team A tries to place their next ball even closer to the target or to knock the opponents‘ ball further away. If a team can’t get a boule closer to the jack than their opponents‘ ball they keep playing until either they succeed or have thrown all their boules. The team with the closest ball to the jack wins the round, or end. The winning team scores a point for every one of their balls which is closer to the jack than their opponents (1 – 6 points maximum). The team that has won the round starts the next as previously described. The game is over when a team has won 13 points.

Petanque can be traced back to the year 460 BC, when the Greek doctor Hippocrates praised a game played with stone balls. In the 2nd century AD, the Greek scholar, Julius Pollux, described a game in which two players had to hit a distant brick with their stone balls. Variations of the game continued through the Middle Ages and became particularly popular with French soldiers in the 17th and 18th centuries. The roots of the modern game stem from the south of France at the beginning of the 20th century, when smaller and lighter balls were introduced, the distance between the circle and the jack was shortened, and the original required three-step run-up was abandoned.

In 1958, the Fédération Internationale de Pétanque et Jeu Provençal (F.I.P.J.P.) was orgainzed in Marseille. The first World Cup was held in Spa, Belgium in 1959. Since 1987, in addition to the classic world championships, the world championship for women and youth has taken place every two years. Pétanque is represented in a number of regularly held sporting competition events, including the World Games, the Indian Ocean Island Games, the Mediterranean Games, the Asian Indoor Games, the Pacific Games and the Southeast Asian Games. The F.I.P.J.P. has more than 90 member countries with a total of around 600.000 members.

Pétanque first appeared in the World Transplant Games in Sweden in 2011. Since then, it has become one of most popular sports of the Games in terms of entries. Singles and doubles competition are held. 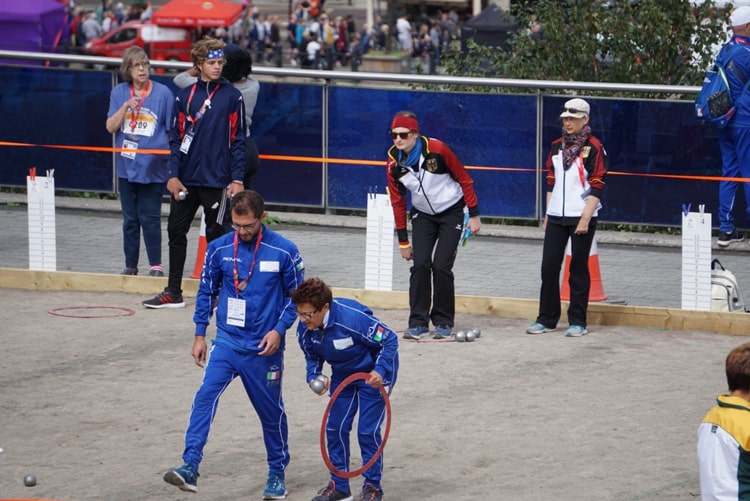 Why participate in this sport

Because you can, everyone can, and it is fun!

The beauty of pétanque is that it is a game everyone can play. It is a game that an absolute beginner can play and enjoy as well as accomplished players. It can be played by less mobile people and those for whom low impact sports are more suitable. It is easier to get medical approval to compete at the Games for low impact sports. It can also be a very skilled game and exciting to watch.

The following modifications have been made for the World Transplant Games:

It is easy and cheap to purchase a pétanque set (3 boules and jack).

There may be a petanque club nearby where you can be taught the game or you can simply teach yourself to play in your own garden, nearby park or any dirt or gravel area. Simply stand in one spot, throw the jack and then throw the boules as close to the target ball as you can. That is the beginning and from there you can develop style, lobbing, pointing, shooting skills etc. 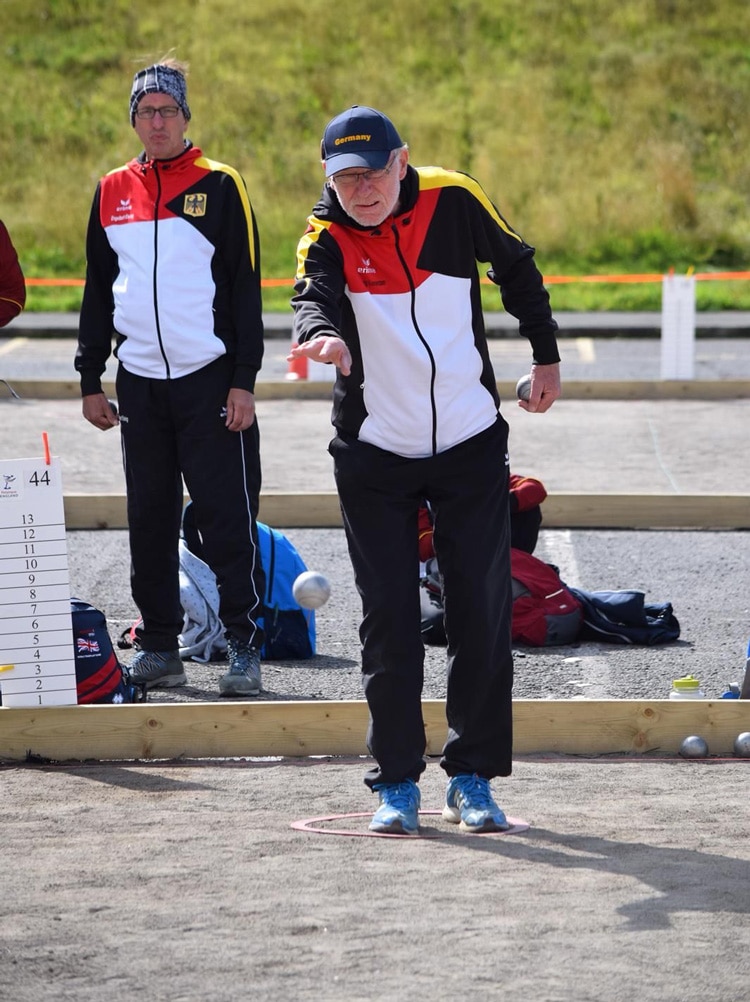 Training Concepts/Schedules (for competing at WTG)

Here you can find how to-guidelines which may help to learn pétanque or to improve your technique: www.petanque

The video “Petanque speaks all languages” explains the basics of the game in English, french, german, Turkish, and Arabic language. 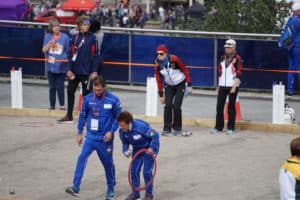 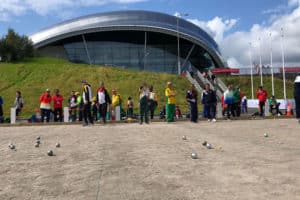 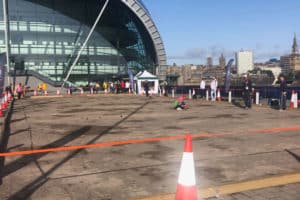 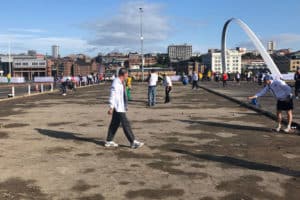 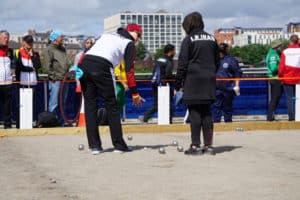 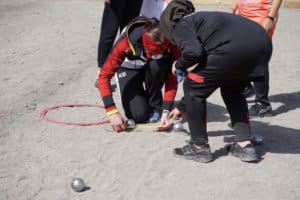 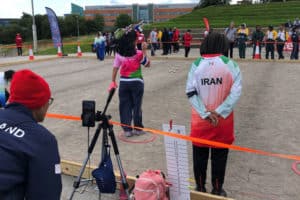 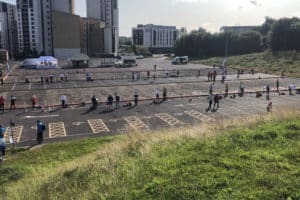 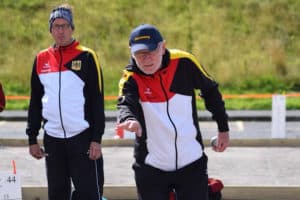 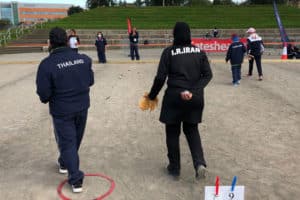 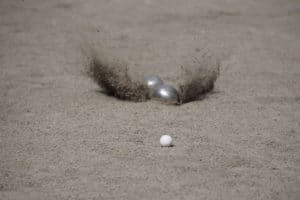 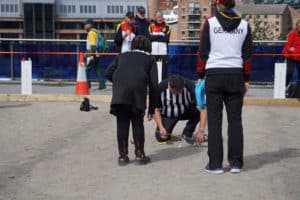 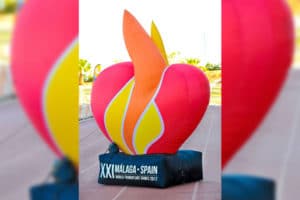 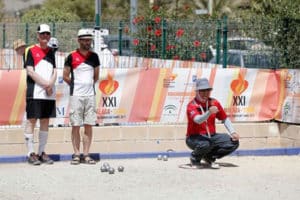 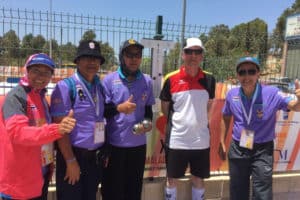 Help us to make a difference #PoweredbytheGiftofLife
DONATE NOW!