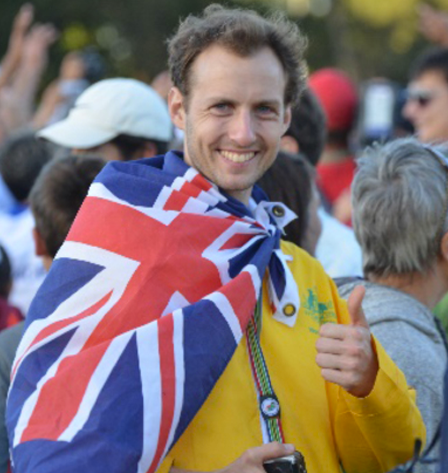 Montague received his bone marrow transplant at the age of 18 from an unrelated donor, during treatment for Acute Lymphoblastic Leukemia. During his treatment he found solace in running, the few minutes of running which his body allowed him, helped him remain focused on life outside of the hospital. He used exercise as an avenue to regain strength mentally and physically post leukemia, and this led him to compete in his first Australian Transplant Games in 2010 and World Transplant Games in Sweden. As he continued to compete the focus became less about his strength and ability and more about running with his friends next to him. Through exercise and competing in the Games, he learnt what was possible once you believe in your potential. “The true value lies beyond breaking records, but helping those beside me to realize what can be achieved if they believe too.”

Montague studied Exercise Science and Business Management and dedicated his final year to two projects. One project analyzed research for long term athlete development and the second project developed impact strategies and programs to address the social issue of low prevalence of exercise in transplant patients, pre and post transplant.

Montague’s current role as the Regional Development Officer for Sporting Wheelies Cairns, allows him to be engaged with key stakeholders, policies and programs to get people active, enhancing the lives of people with a disability through community engagement and education in sport and healthy living.