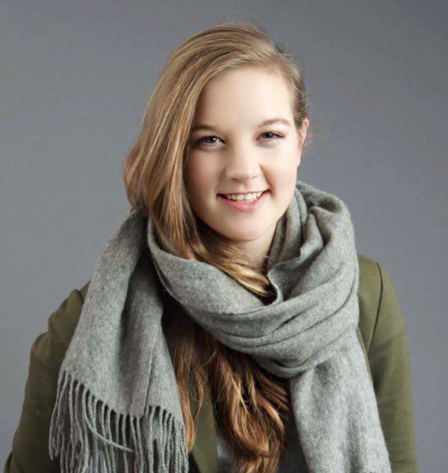 Chantal Bausch is a 23-year-old recipient who received a heart transplant 11 years ago. As a child she was playing hockey, tennis and golf from the young age of 6. After spending a year in hospital, Chantal’s first priority was muscle growth. She had a bumpy start post transplant and had to be taught at home for half the year. She eventually returned to school and started to play hockey again which aided in reducing stress. She had several achievements in hockey including selection in the Bremen state team. Chantal currently still plays hockey in the third highest league and has training three times a week with weekend matches. Chantal also coaches children aged 16 and has been head coach of the boys team for the past 3 years.

Today Chantal still also plays golf and tennis, and apart from participating in sports and exercising, she also enjoys organizing sports events. She was a media volunteer at the 2011 FIFA Women’s World Championships and the 2014 Karate World Championships, and assisted in preparations for the 2016 German Transplant Games.

Chantal is currently writing her bachelor thesis on the effectiveness of current campaigns and afterwards hopes to develop a campaign concept to further promote organ donation in Germany. She is also training to become a ski instructor, as she would like to teach transplanted kids how to ski in Anzeré.

Chantal has been participating in Transplant Games since 2012.